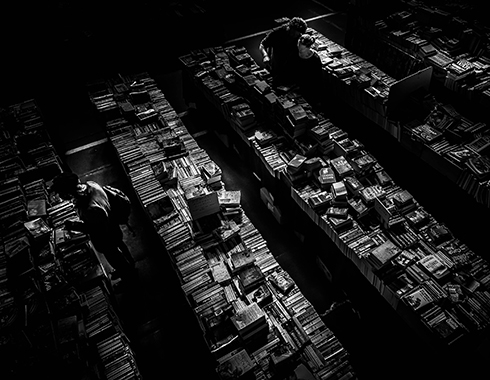 Aesop narrated a story of a man and a lion who are competing to determine who is the strongest. To prove his point, the man shows to the lion a statue of Hercules tearing apart the jaws of a lion.  The lion’s retort is that a man created the statue and obviously it would depict the man as the strongest.  The moral of the story is that reality represents the way one wishes it to be.

The fact that human beings define reality according to their expectations and then act on the definition as if it was a reality did not escape Aesop and it remains a persistent subject of philosophy, science, sociology and psychology.

Self-fulfilling prophecy is one form in which definitions impact reality and has been extensively studied.  A definition of an existing or predicted situation becomes true because of the interaction between belief, expectations and behavior.  In other words, what we believe will become true as actions are taken that support the expected outcome.  For instance, rumors can impact behaviors and the resulting behaviors cause the rumors sometimes to become true.

Robert K. Merton, leveraging Thomas’s theorem that states: “If men define situations as real, they are real in their consequences,” tells the story of a fictitious bank.  At the beginning of a fateful day, the bank was healthy and solvent only to close in bankruptcy at the end of that day.  This dramatic turn of events only occurred because a false rumor about the bank having difficulties spread and then mushroomed to incipient bankruptcy.  In droves, customers raced to the bank to withdraw their money and thus brought the bank’s demise.

The Pygmalion effect is another study that has been cited and debated over the last 40 years (Brophy, J.E. – Raudenbush, S.W. – Rosentahl & Jakobson). It originated from a study conducted by Robert Rosenthal and Leonor Jakobson in which teachers’ expectations of some randomly chosen students were positively manipulated.  The result was that teachers engaged more with students thought to be high performers and the students performed in line with the positive expectations to the point of even showing increased IQ scores.

The theory of “Depressive Realism” (Keith & Franche) postulates that depressed people are more accurate in their perception of reality while non-depressed people tend to skew positively their perceptions.  If the theory is accurate, it would mean that being biased toward the positive is actually a mental health condition.   It would also suggest that in therapy, rather than steering the client toward being more grounded in reality, the therapist should help the client construct more positive perceptions.

In psychology, constructivist theory (Raskin, J.D.) states that human beings create reality, to a varying degree depending on the ideology of a particular school, to have a meaningful understanding of the world and their experiences. Constructs reflect a point of view and are used to navigate the external world.

Leaving aside all the academic research, I would like to present that this lack of accuracy in being able to perceive reality objectively is not a weakness, rather a strength.

The strength is not in accurately defining reality, as often reality, in terms of the options and possibilities for a human being, might be limiting.  The strength is our ability to create definitions or constructs that are consistent with our dreams and wishes which increases our effectiveness in reaching those goals.

Human beings, in all their frailties, could easily be overwhelmed by a reality where the odds for survival and thriving would appear bleak if accurately assessed.  Moreover, many of the innovations, discoveries and advancements for the human race have come from people who have defied the actual or perceived reality.  The adages “You are who you believe you are” or “Do not let others define who you are” stem from this understanding that definitions can empower as well as enslave.  Definitions that increase potential and create hope for what might be otherwise perceived as impossible might very well be at the core of why human beings have evolved and achieved goals that would have been unimaginable to the caveman.

Given the likelihood of one’s definitions impacting reality, it becomes vital to examine whether our definitions will lead or obstruct us.   If one discovers that the definitions are not conducive to one’s goal, and the inherent value is not in accurately depicting “reality”, one can seek alternative definitions that are more consistent with one’s wishes and aspirations.  Applying new definitions will foster new behaviors that transform “reality” thus creating a self-fulfilling prophecy compatible with the desired goals.

Raudenbush, Stephen W. (1984). Magnitude of teacher expectancy effects on pupil IQ as a function of the credibility of expectancy induction: A synthesis of findings from 18 experiments. Journal of educational psychology, Vol 76 (1), 85-97

Valerio Pascotto in a Conversation at ByznysPark