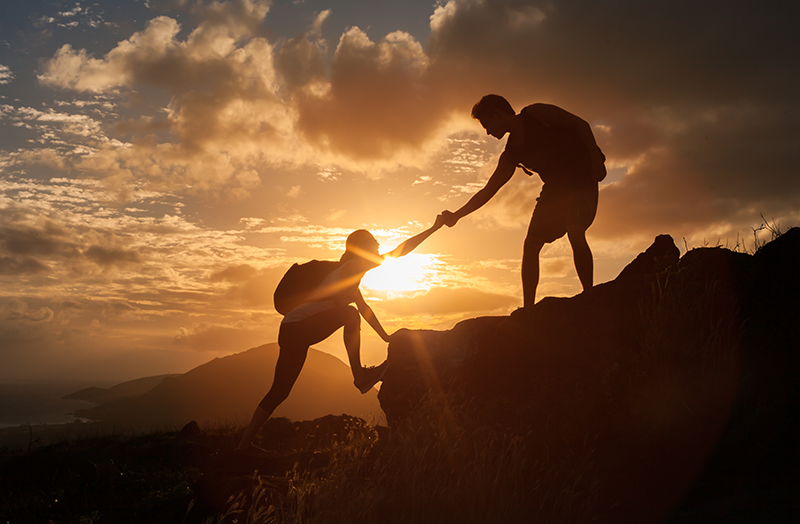 The idea of “leader as a servant” has been around for some time and long before Robert Greenleaf coined the term for modern business about 40 years ago. Here are some thoughts on the need for servant leaders in today’s business climate.

One of the measures of a great leader is how people think, talk and remember that person. The greatness of a leader is how instrumental he or she is in accomplishing a vision that creates conditions where significant dignity and prosperity is achieved. Such people are admired because something has been deeply touched in the admirer, and the admirer has benefited and grown as a result of his or her interaction with the leader.  And that brings us to the idea of the leader as a servant because indeed the servant is focused on the benefit that the people he/she is serving will gain from the service.

What fascinates me is something that appears to be paradoxical. Yet, in the nature of this paradox there’s an actual opportunity for something extraordinary to happen. When I think of leadership, humility seems to be an important element. But at best it’s all too often cursory, and certainly not a focus. When considering the nature of a servant, humility is often an immediate attribute. When thinking about a servant, one might more readily think of a follower, a person that executes other people’s wishes, rather than a leader.

It’s a paradox to think of the leader as servant, yet these two opposites find a way to coexist. The confidence the leader exudes along with the ability the leader has to become an inspiration is contrasted by the humility that would make the leader almost invisible. The leadership is still critical but not necessarily obvious. Yet, when I think of this paradox what comes to mind is the focus on support and the unearthing of the needs of others.

As a manager I have to start asking myself what type of effort has a significant impact on performance?

Although not much progress appears to have happened over the last forty years in regard to the leader as servant, actually what has emerged are the values of compassion, empathy, listening, and modeling that a leader needs to display. I would say there has been a maturing of understanding to the point where the leader as servant is viewed as more sustainable than a leadership based on authority and position. Yet the leader as servant is not a widely practiced approach in today’s highly pressured business intrinsic leaders throughout many years, maybe even centuries, have been able to fully embody those qualities. So as usual, when something is challenging, and there are few examples, it’s difficult to become an ambassador of that particular leadership style. I find it an advantage or even a victory when leaders openly discuss empathy, compassion and a focus on listening to the needs of those they’re leading. And those qualities themselves are significant.  It shows recognition that there is true value to the proposition of the leader as servant.

Still, I know that the emphasis down the chain of command is one of performance. The managers, no matter how much empathy they would like to extend to their team members, have to ensure their team performs, no matter what. The challenge lies on identifying the type of effort that has the greatest impact on performance.  It’s much more than simply having skill and knowledge, because a person can have all the skill and knowledge in the world but not engage. So engagement is probably the number one factor to determine success. Are the people that are critical to the success of the endeavor engaged? Are they excited about coming to work and excited about their leader?

Now let’s take a look at what prompts engagement.

Extrinsic motivators do not prompt engagement. They might prompt engagement only at a survival level, yet in today’s world we are not in a survival level. By survival I mean that I am working just so that I can have a roof over my head and eat. In reality I’m going to work because I want a lot more from work than just paying my bills. So I’m not going to be as fully engaged as I could be if the only element of the transaction is an extrinsic award, or punishment. I’m more likely to be engaged if intrinsic motivators are offered.

In order to find the intrinsic motivators I have to listen, I have to find out what moves a person. I need to uncover what’s going to fall into their ability to take ownership, their passion for continuous improvement, or a fulfillment of their life. Let’s face it, as a human being I want to have meaning; I want to do something that is relevant, that might last even beyond the period of time that I am on this earth.

As a leader I then support and facilitate ownership, competency and meaning. The moment a leader focuses on manifesting these intrinsic motivators, the leader then starts becoming a servant, because he or she, by addressing the very fabric that increases a person’s sense of self, provides an invaluable service.

Dr. Valerio Pascotto is a senior partner at Illustra

Valerio Pascotto in a Conversation at ByznysPark